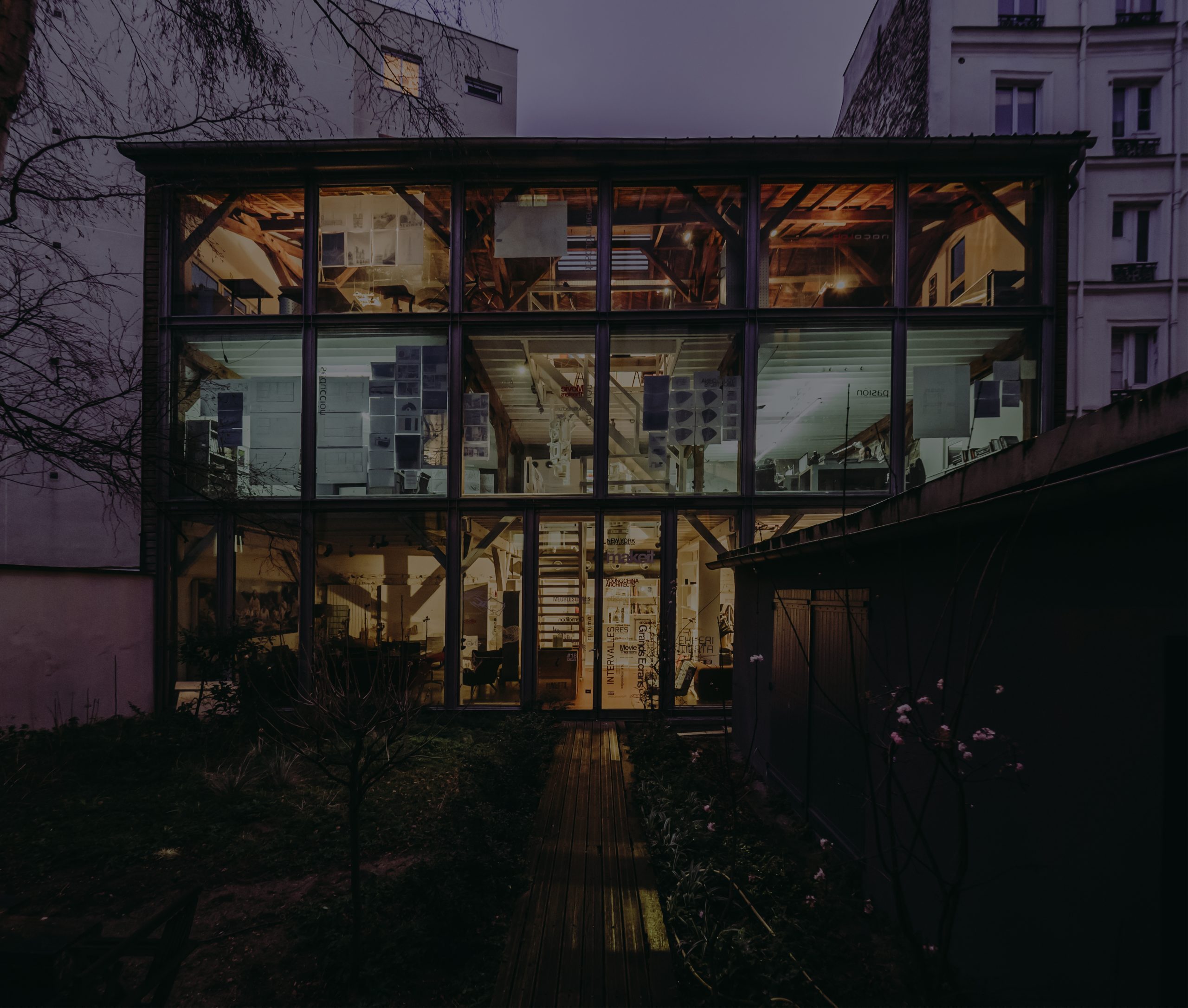 Naço is a French Architecture, Design and Global Graphics studio created  by the argentinian architect Marcelo Joulia , with  a holistic approach to design.

It was in a basement room on rue Saint Lazare that Naço was born, in an informal and joyful way. Where Marcelo and Nicolas Magnan, the two friends, have fun creating objects for the pleasure of doing. After winning the development competition of the General Council of Belfort in 1988, they officially founded Naço and moved into a disused factory at 170 rue de Charonne. Nicolas later leaves Naço and goes home. Alain Renk will replace him and will leave Naço in turn in 2000.

For now and despite Belfort, times are tough and Naço rents his drawing tables to passing scratchers. But things are moving fast and Naço is growing. Decision is taken to leave rue de Charonne. To install it at 34 rue de Citaux, halfway between Gare de Lyon and Saint-Antoine hospital One fine day, walking his island Luna, 1 year old, boulevard Diderot, Marcelo hires the stroller under a porch, crosses two courtyards and accidentally discovers a magical place, or sets up his small team in 450 square meters to be completely renovated.

Today, critical thinking is at the forefront of our process, allowing individual elements of architecture ans interior design to integrate with sophisticated yet usable technology. The result being o fully resolved and refined interior which is both functional and luxurious. Or expertise extends across, architecture, luxury interior design, construction, and private client services to create the most exceptional properties in the world.